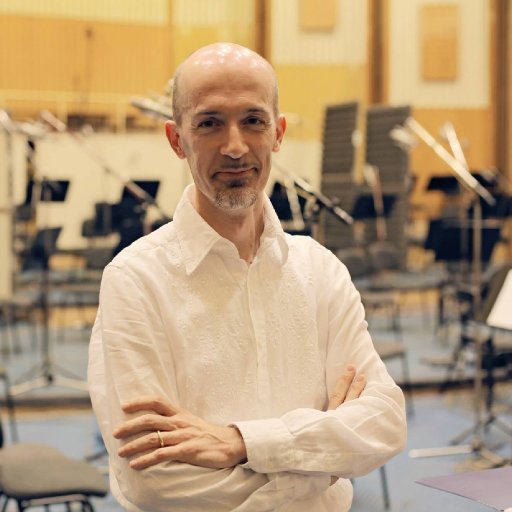 Hi all, proud to share with you this great news... <br /><br />My song "Aldebaran" (available in my Album "Corrado Rossi&quot

will be used as unique soundtrack song for the movie "Crossing borders to save lives" for the TISPOL organisation (European Trafic Police Network/www.tispol.org). <br />The movie will be available only for the European Police Stations and personnel, at this time. <br /><br />Thank you very much to my friend Inge (Serious Music) for this beautiful project.

Born in Bergamo (Italy) in 1969, Corrado Rossi graduated in piano in 1997 and immediately began devoting his innate artistic sensibility to the composition of classical music (soundtracks and piano solos) and, in more recent years, to the composition and production of melodic electronic music.
Contemporarily he has perfomed live in numerous classical and modern music concerts in the North of Italy.
His passion for home recording and his research into the beauty of sound and arrangements was soon to lead him into the ambient genre where he has successfully created a highly personal style in which electronica blends with Piano and Orchestra and a clear melodic line is strengthened with chill-out rhythms.
In 2005 he won the Golden Kayak on IAC.com with the Piano solo “Souvenir of China” as Best Classical song.

His first CD “Corrado Rossi” which came out in 2006 is predominantly an Ambient/Easy Listening style album, but it also contains a number of electronic soundtracks as well as songs with just piano and orchestra.
At the Winter Olympic Games held in Turin in February 2006, the musician Christopher Hedge chose Corrado Rossi's music for the prize-giving ceremony which took place in Piazza Solferino on the occasion of the OneOlympic event. A video of his performance was projected onto maxi-screens and onto the walls of the buildings surrounding the square and was transmitted worldwide on major sports channels and satellite news channels as well as on webcasts.

In 2007 he released his second CD “Waitings” - a collection of Piano solos – and won the Golden Kayak on IAC.com with “Where” as Best Classical song.
In the same year he was nominated as Best Composer, Best Male solo artist, Best Instrumental and Best Soundtrack song in the International Online Music Awards contest.

In 2008 he published the Album “Constellations”, inspired by the music of “The Alan Parsons Project” band, produced in collaboration with the German composer Syngularity and many other musicians from around the world (USA, Australia, Spain, Germany, UK, Italy).
He has been the unique music composer for the production of the movie "Crossing borders to save lives" for the TISPOL organisation (European Trafic Police Network/www.tispol.org).
He won the Effigy Award as Best Classical Song with "In a whisper".

Winner of the Nokia Trend Lab Award (2009) with the song “Mercury”: the song has been released in the compilation "Hit Mania 2009: Stand Up Selection" in Italy (100.000 copies).
In 2010 he released two new Albums: the Symphonic/Soundtrack Album “The Wood of Kites” and “Road to India”, a collaboration with an Indian Sarod player (Ed. Silk Road/Universal publishing).

In 2011 he published, in collaboration with the New Age band “The Wimshurst's Machine”, the Album “Tokyo Rain” (Ed. Astranova, UK).
Winner with his song “Eclipse” as Best Ambient-New Age song at the Hollywood Music in Media Awards 2011: the Event took place at the Kodak Theatre in Hollywood, LA, on Nov. 17th.

Nominated in Classical category with his String Quartet & Piano piece “In the Peony Garden” at the Hollywood Music in Media Awards 2012. In November 2012 he has released the new Electronic EP “Panta Rei”.

First gig outside Italy in 2013, with a Show that took place in Alicante, Spain, in August.

Two nominations at the Hollywood Music in Media Awards 2014 with the songs “Afterlife” and “Old Memories”, in collaboration with the band “The Wimshurst's Machine” and the Spanish guitarist Jaime Helios.
In 2015 he recorded the new Neoclassical Album “In The Peony Garden” (Ed. Soundiva), a collection of String Quartets & Piano pieces: for the recording sessions, Corrado flew to Budapest at the awesome Studio 22 of the National Magyar Radio Building; the Album was performed with elements of the Budapest Symphonic Scoring Orchestra.  Two songs were used as soundtrack themes in the short movie “Paraiso Sintetico”, shot by the Spanish filmmaker Santiago Valverde.
About 2016 he joined, as a special guest with a live performance, the “Orobie Film Festival” in January, Bergamo, Italy.
Winner of the Akademia Music Award 2016 (Los Angeles) as Best Classical Album with his last work “In The Peony Garden”.  “David’s Theme” received a nominee at the Hollywood Music in Media Awards 2016 in the Contemporary Classical category. Celebrating 10 years of musical productions, here’s the link to the official video with a short journey into Corrado’s music in all these years...  In January 2017 he published the new Album “Nautilus”, his personal Ambient/Symphonic soundtrack to Andy Weir’s best-seller “The Martian”.a

Corrado has composed original tracks for a number of music production agencies and a number of his compositions have been used in nationwide television productions (RAI, La7, Disney Channel, Fox Life) in Italy and Europe.

All his Albums are available on iTunes.