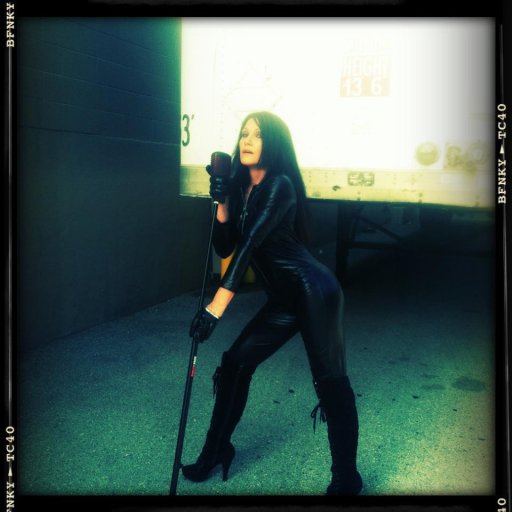 Danielle Bloom » Audio » I Give Up 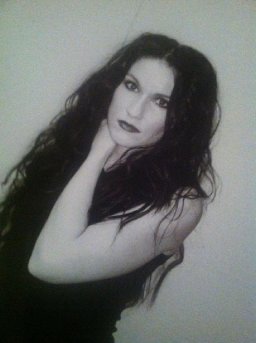 Being a preacher’s daughter didn’t stop Danielle Bloom from having dreams of being a kick-ass, hard driving, Rock-n-roll Goddess. Sure, Danielle grew up singing in the choir and touring the church festival scene, but she shed her choir robes for corsets and cut-offs and hit the rock scene hard, never looking back.

Armed with a long resume of music behind her, (Danielle cut a pop record at the a...ge of 16 and while still a teenager, she belted out the National Anthem during sporting events including opening for the Atlanta Braves), Ms. Bloom moved to Nashville where she honed her powerhouse rock chops and mastered the fine art of no-nonsense rock and roll songwriting. Collaborating with a range of writers,including her brother Aaron Julison (bassist for Kid Rock) Danielle has crafted a catalog of gritty, introspective and telling songs that weave together the story of Danielle Bloom. "I've written about things I've gone through personally and the way I'm feeling at that moment in my life. I want to live as authentically as I can and hope to inspire others to do the same."

Not only do you feel the authenticity in her songwriting, but you see it in her raw, in-your-face live performances. Often compared to Janis Joplin or Joan Jett, Danielle not only displays incredible voice theatrics, but her stage presence is felt from the first row, right through the front door. Danielle says that her "favorite part of this musical journey is performing. I love being on stage and rocking it out.” And rocking it out is exactly what she does. From her funky moves to her unique musical style and out of this world costumes, Danielle proves that rock-n-roll is not just a man’s game, but it’s also for chicks with six-inch platforms and cat suits.

Underneath the skin-tight hot pants and steely black eyes, there is a soft side to Danielle Bloom. She is on a mission to inspire women “to stand up and be strong. I want to encourage them to know that they are beautiful and amazing." She is committed to doing more than just entertain her audience, which she does with sizzle, but Danielle is also determined to engage, inspire and change the mindset of anyone within earshot. “I want to inspire people in a positive way with my music. We are all capable of anything.”

Danielle fills her shows and her music with the passion with which she lives her own life. Her upcoming release is laced with her passions. These messages manifest in songs like "Revolution," which encourages a revolution of authenticity. In it, Danielle sings, "Stop complaining 'bout your situation/ Let's start a revolution, you and me." "Tell Me Why" is a powerful song that takes womanizers to task and encourages women to rely on their intuition and independence, and not a man to determine their worth. Ultimately, she classifies the album as being about self-reflection, but Danielle’s ability to bare her soul through her music, expresses a collective wisdom that can resonate with anyone, no matter their situation