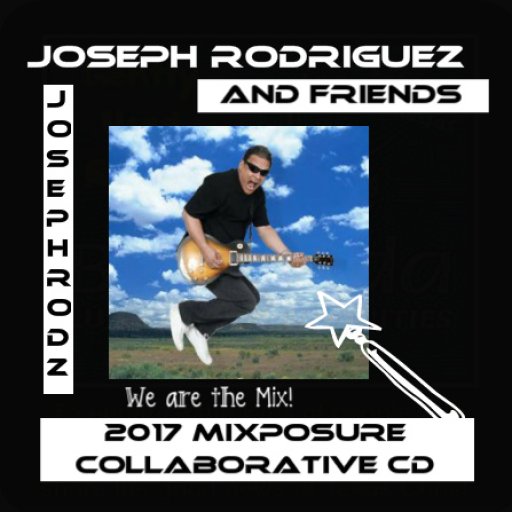 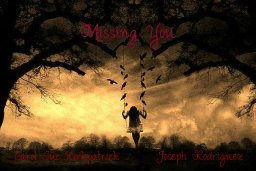 So many amazing collaborations on this 4Jrodz page.
An honor to be among so many. Welcome back, Metal Master! Thank you once again for working with me in so many songs over the years. True pleasure to hear everything you do.
********** In support of our Mixposure music friend~ Joseph Rodriguez!
Helping our brother in music, through indie music~ you may know him as...
Joseph Rodriguez aka~ Josephrodz~ The Metal Master~ Tito~ Jrodz~ MastMetal50~ Dj MastMetal~ Joe... Jose' - So many titles that Joseph carries, not only in name... but, in his rather stunning multiple talents that we all may have witnessed or been involved in over the years.  Suppose we all may simply know him as that cool guy who really, really loves to make music, collaborate, share, listen to music, feel the music, play the music.. the world is music!

Special thanks to~
Joseph Rodriguez~ for sharing your talents and passion with so many of us here at Mixposure!
Page sponsors - Todd + Kat - Owners of Mixposure.
Vig Wig~ Victor Lopez - Cd idea! (for now, this idea is in the mix!)

((Joseph's Bio))
Joseph Rodriquez was born and raised in Ponce, P.R. in a close-knit family. His father was a musician in the school band so it was natural that Joseph was a musician from the day he was born. At the age of 6 years old, music was no longer promoted in school so Joseph made his own music by drumming with pencils on his desk. At the age of 10 his father exposed him to the music of Tito Puente and Tito Rodriguez which caught Joseph's interest. A year later his father bought him a drum set and Joseph began to practice. At the age of 15 he became a member of a band called The Freedom Brothers which played the music of Three Dog Night and other popular bands of the time. It was at this time that Joseph decided to master the guitar. His mother was also taking guitar lessons so she showed him his first chords which he practiced day after day in his bedroom. Joseph was also greatly influenced by the bands he saw in the Woodstock Festival documentary which drove him to practice more and more. So it's no surprise that you will hear in Joseph's style the influences of Santana, Jimi Hendrix, The Who, and many other bands from that musical era.
He also played in a group that performed the music of Grand Funk Railroad where he honed his vocal skills. Learning guitar changed Joseph's life as people started to notice his skills on the instrument. His ultimate dream was to play in the United States where most of his idols performed. Joseph continued to play his music until he discovered the computer and all the musical possibilities that came along with it. Although he had recorded music on reel to reel and mini disc recorders, they didn't compare to the capabilities of PC recording.
Joseph also worked at local recording studios where he learned a great deal about the process by recording some area artists in and around Ponce and nearby cities. In 1980 he recorded with a band called Stevie Staff where he arranged the music, played drums, keyboards, and guitar. With his new found computer recording skills and all the possibilities that came along with it, Joseph began to compose and make more music right from his PC. It was at this point that it all came together with the Internet explosion. This allowed Joseph to meet other musicians and fans from around the world. He now has a site to place his songs and share his music with the world. But through all this Joseph has never lost his burning desire to play in the United States so he can fulfill his lifelong dream and share the God given talents he feels fortunate to have.
Farrell Jackson

We Are The Mix!