Sebastian » Audio » Off That Train

Song Lyrics
OFF THAT TRAIN   Six million seconds in a row Every single one filled with doubt Always tryin' not to show That I was up against myself (and no one...
Read Full Song Lyrics

Six million seconds in a row

Every single one filled with doubt

Always tryin' not to show

That I was up against myself (and no one helped).

It took me far too long to see

How words die between you and me

For I abandoned pain and fear

To find the only way that's heading out of here.

For I did jump off that train

Before you realized another sting's in vain

For I did jump of that train

So all in all together never, never ever

Will be the same.

In times you booby-trapped my way

The sense of moving on went out of sight

But with someone close being a guiding light

I eventually will cast away the things you say.

So I will take these unspoiled lands

Waiting there behind the locked up doors

Got no need to build a fence

Knowing where my future has it's source.

For I did jump off that train...

Song Information
An unfamiliar style of music. But nevertheless it was worth a try.
Read Full Song Info

An unfamiliar style of music. But nevertheless it was worth a try. :-) 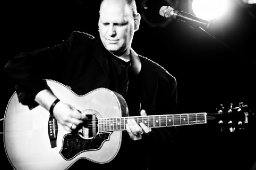 05/11/20 10:45:22PM @moquinn:
just discovered your music...quite coincidentally....nope, there are no coincidences ~ right after listening to the MixPosure radio show today your song was then played...& it drew me in to your page....10 years ago...& I am just discovering your music....very mellow & soothing ~ thank you for sharing

08/08/10 04:06:36PM @bigpete:
you never let me down, every time you draw me in to your musical world and I always enjoy the visits very much, just another great pop song in the most classical sense.

08/08/10 10:21:01AM @mark-reed:
You worked a very poetic weave with this piece. Read the lyrics which convey to me the need for change. Musically the work is excellent and provides a superb platform for the vocals. Very nice indeed

08/07/10 06:36:54AM @the-sorrows-of-the-languedoc:
This washed over me with amazing warmth - really unremarkable in some ways but the combination of chords, ambiance and delivery, that honest voice make this a special delight. ftlpope

These are the solo works of Yellow Jumps Twice founder and creative mind Sebastian Teufel. "So Much For Promises" is his first solo album. Nine songs retelling stories of promises and false promises the album continues the sound Sebastian created with YJ2, albeit in different layers to the YJ2 style. Seb's acoustic guitar defines and marks out this sonic landscape and the songs speak for themselves.