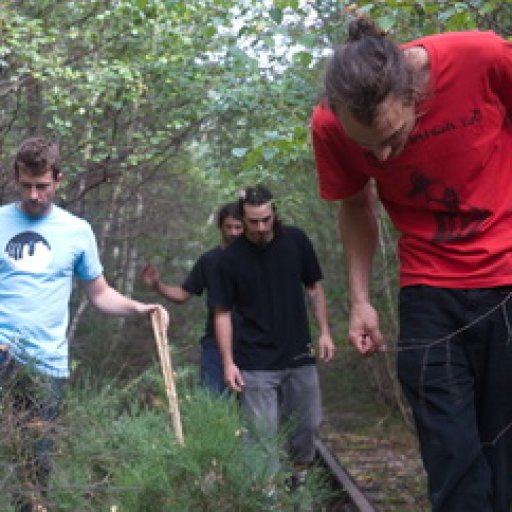 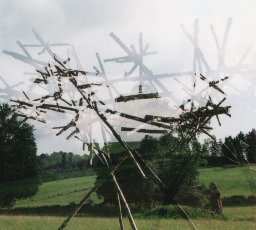 Founded back in 2002, a new era began.  A packet of ten cigs, still sold for 'francs' for a few remaining hours.  In the middle of cries and screams, the mother of rock and roll, the adulated rad-asse finally gives birth to its deformed offspring : Nippercreep.  Its very named translates to 'repugnant kid' in moliere langage.  As with all band debuts, swallowed and spat up new ...particulary the bassist...came a calm and stability and then wild nights...the kid grows but the band members of still finding their place, falling, getting back up and finding their place in the group, however, in spite of the uncertainty and growing pains, there is also a kind of harmony between the band, consisting of two blood brothers Germain and Kevin and another blood brothership between Sylvain and Antoin – the group is a quadrinome of fraternity.

In its quest for inspiration, Nippercreep finds its feet, really starts to mould together and produces 15 tracks.

In 2007,some are released with the split of finnish group the Warblinkers.  At the same time other tracks were buried, however the introduction of the 'hard disk' changed everything – and recording work, ideas and tracks became an psychiatric obsession.  In 2010 the group began to record their first album – TEST.  Tragically the recording of the EP was lost, so the group then spent the following year re-recording, naming the album Combustion.

In 2011, the album was released co-jointly by Chabane's Records and Croatian label Circumanalis Records and preceeded with the single 'Tuning'.

Having contributed to a number of collaborations and compilations, the band decided to release a complilation in 2012 through Chabane's Records and Torn Flesh Records (USA)album titled 'Annales herpetiques' (herpetic annals).  Between 2011 – 2012 the band recorded 4 tracks with a 30cm split with bands 'Dernier sommation' and 'Anonyma'.  The split was edited in June 2013.

In October 2013, Nippercreep commenced recording their second album, finishing it in 2015.  Tripède Majeur was released in May 2016 on the 'Renverse Prods' label.  14 years to arrive here – matured ?  Ha, surely not, because if Nippercreep was the name of a street, it would be a dead-end.  The making of the album is inscribed in the time it took to make, the evolution of its form.

A half-naked zarbi indian, straight from the seventies advised to adopt a bio-spherique intrepretation of the stars and the wind in the leaves, should take time.  The result – Tripède Majeur !  Tryptych of moods that fashion our lives...The tracks sweep and explore both pre and post apocalyptic genres with pusillaminous apathy, the internal and external exodus, and of course, as with all rock – death.  An album that provides us with tools to let out our demons, provides us with group therapy, and all the rest...an accessory.