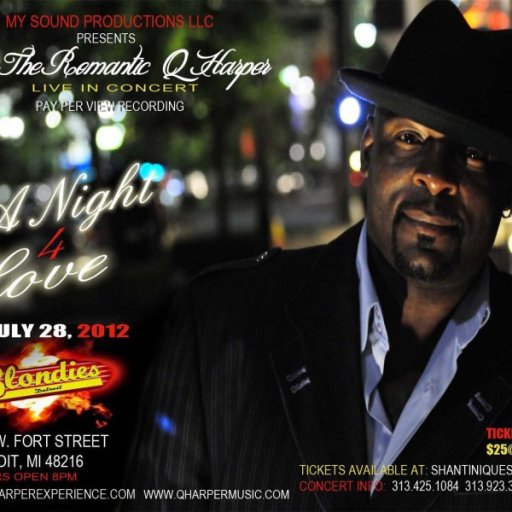 Do What You Wanna Do Again (ballrooom mix)

Q Harper » Audio » Do What You Wanna Do Again (ballrooom mix) 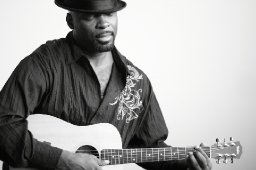 Native Detroit performance sensation Q Harper (the eleventh of twelve children) was born Quintin Deon Harper to William and Mary Harper. His love for music was inherited from his father as he began his performance career at the tender age of five. As the second youngest member of “The Sensational Harper Singers” (a gospel group formed by his father), Q enjoyed regularly acclaimed appearances on radio and television, often performing with his siblings at three to four churches on any given Sunday. Under the watchful and demanding tutelage of William Harper, Q quickly developed an uncanny, almost enigmatic facility with music, a language he actually prefers to what he calls “all lesser forms of communication”.
Despite his incredible abilities with the acoustic guitar, piano, and writer’s pen, it is his voice, the first of all instruments, which demands and arrests the ear. Boasting a beautifully even and technically flawless tonal quality, this artist’s upper and lower vocal registers are rendered with remarkable consistency as he seamlessly moves between each mechanical height and depth—both spontaneously and upon command. After sharing a stage with people like Christopher Williams, Charlie Wilson, Frankie Beverly, and local Detroit talent, Q realized his powerful voice needed to be heard in its own element.
It is with those skills that songs like "Only God Loves You More Than I Do", "Must Be My Wife" and "Yeah, Yeah, Yeah" from his solo album "One" that he has succeeded in sold out concerts, and has been approached by Universal-Motown, Atlantic Records, and Virgin Records to name a few labels who's executives recognized a real talent.