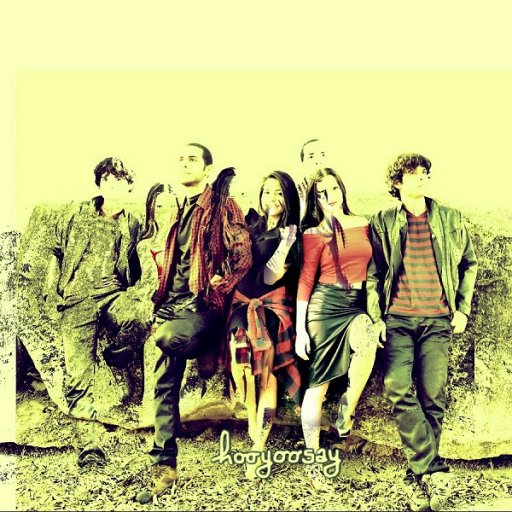 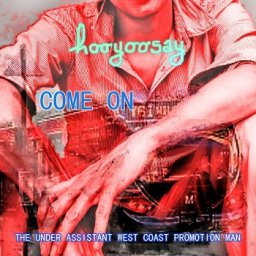 hooyoosay is not your average rock 'n' roll band: no faces, no names, no credits, no touring… just a handful of great songs on iTunes and Amazon.

Or to put it in a different way: this is music with no ego.

The founding artists, all of them busy with other musical projects, once got together by way of a casual jam, celebrating their common fondness for rhythm and blues, rock 'n' roll, retro pop and the cultures of the past decades. There was no advance plan at all, but however the outcome of the session was an online distribution and the shaping of an accidental concept into a formula-based project. Since then many more have contributed, all firmly respecting the initial anonymity principle.

Their latest single presents a remake of Chuck Berry 's " Come on ", and gives another twist to sixties rock 'n' roll and yesteryear's pop melodies. It is modern retro, creating a sonic pastiche that connects the band's trademark British Invasion sound with elements as diverse as new wave, post-punk, euro pop, garage and Japanese techno. It has thumping bass and staccato drumming, phoney keyboards and snotty vocals, and of course that indispensable "let's rock 'n' roll" fuzzy electric guitar solo.

The lyrics evoke a peculiar feeling of nostalgia. Not that sort of tacky souvenir-store nostalgia, but that feeling that might arise when staring at a yellowed polaroid or when playing a record you relished throughout the years: you may have seen or heard it a million times before, and it may be suffering from a few cracks by now, but somehow it has kept its appeal.
At the same time " Come on " is a vivid illustration of the lyrical merriness that characterised 60's pop, as it makes a break-up themed song into something rather light-hearted and entertaining.

The EP release of " Come on " can be seen as a digital 45, B-sided by " The under assistant West Coast promotion man ", a hilarious parody of the figure of the emphatic but thwarted music promoter.
Once on the B-side of The Rolling Stones ' smash hit " Satisfaction ", this song is all about British Invasion blues bands coming to tour America during the sixties, where they found themselves escorted by some Mr know-it-all type of local tour promoter. Clearly these young bands, having discovered American music only just shortly, did not render those country, boogie and blues standards in the established American ways, instead creating their own interpretations.

Find both EP titles combined into one video, to be viewed on YouTube:

hooyoosay - Come on & The under assistant West Coast promotion man