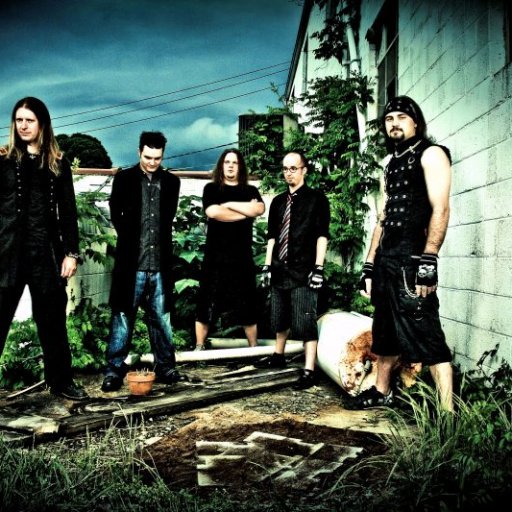 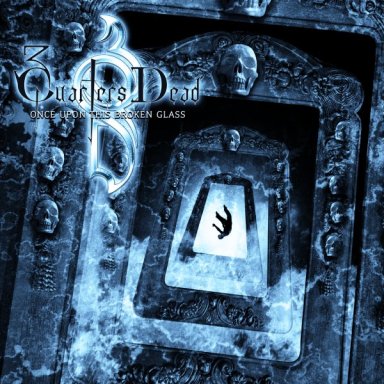 album: Once Upon This Broken Glass
genre: Metal

Read Full Stats
Stats
Blogs: 4
images: 2
audio tracks: 1
events: 3
PROFILE VIEWS: 13540
Contact   Joined September 30, 2010
Biography
<p>3 Quarters Dead was formed back in 1999 with original members Kenny Wyatt and Mark Alexander.&nbsp; After they returned from a tour with...
Read Full Biography
Biography
<p>3 Quarters Dead was formed back in 1999 with original members Kenny Wyatt and Mark Alexander.&nbsp; After they returned from a tour with Mushroomhead, they began recording their second full length CD with Steve Felton (Skinny) of Mushroomhead.&nbsp; The vocalist at that time was Waylon Reavis who was recruited by Mushroomhead to take the place of J-Mann (aka Jason Popson) who had announced his departure from the band.&nbsp; After starting all over, they finally found a vocalist that suited their style of music.&nbsp; Jason Sain started with the band in late 2007.&nbsp; In 2008 they recorded &ldquo;Between Angels &amp; Demons&rdquo; with producer Jamie King of &lsquo;Between The Buried &amp; Me&rsquo;, &lsquo;The Human Abstract&rsquo; fame.&nbsp; In late 2009 they signed with indie label &lsquo;Project Alpha Music&rsquo; and released their latest effort &ldquo;Once Upon This Broken Glass&rdquo; in March, 2010.&nbsp;</p> <p>The lead single, &ldquo;The Unknown&rdquo; is off of their new CD &ldquo;Once Upon This Broken Glass.&nbsp; It about loving someone who does not love you back.&nbsp; This song has many melodic sections to it. &nbsp;But when you hear the change ups which are dynamic, it sets a tone of a story being told through 3 degrees of separation.&nbsp; These three levels are clearly defined and portrayed beautifully by the talents of these individuals.&nbsp;</p> <p>As the entire CD will demonstrate, 3 Quarters Dead have developed into a focused talent with undeniable audience appeal.&nbsp; These band members are learning every day about each other&rsquo;s personality, their individual talents and ultimately a combined talent.&nbsp; Each contributes their skill, technique and history with every note they play.&nbsp; Their sound is unique showing their audience their ability &nbsp;to tell a story the way a story should be told.&nbsp;</p> <p>3 Quarters Dead has toured with bands such as Avenged Sevenfold, Mushroomhead and Dope.&nbsp; They played shows with Shinedown, Stuck Mojo, Switched, Nothingface, Chimaira, Gwar, Shadows Fall and many others.&nbsp; Their video for their single &ldquo;The Unknown&rdquo; was launched on MTV and Fuse and placed on Fuse On Demand and on various websites such as clever.com, revolver, spiketv and others.&nbsp; They also get regular airplay on 106.5 The End in Charlotte, North Carolina and 100.3 The Buzz in Greensboro, North Carolina, both being a Clearchannel Broadcasting station. &nbsp;&nbsp;&nbsp;&nbsp;They are currently doing local shows.&nbsp;</p> <p>3 Quarters Dead is currently working with A &amp; R Select in West Hollywood, Ca. for licensing, publishing, a record deal and/or placement opportunities.&nbsp;&nbsp; For additional information, you can reach them at:</p> <p>323-924-5897</p> <p><a href="http://www.arselect.com/">www.arselect.com</a></p> <p>&nbsp;</p> <p>To purchase music from &ldquo;Blueprint of a Strange Mind (2002), &ldquo;Between Angels &amp; Demons (2008) or their latest &ldquo;Once Upon This Broken Glass&rdquo;, you can log onto any of the following websites:</p> <p><a href="http://www.myspace.com/3qd">www.myspace.com/3qd</a></p> <p><a href="http://www.promofm.com/">www.promofm.com</a> (search: 3 Quarters Dead)</p> <p><a href="http://www.cdbaby.com/">www.cdbaby.com</a> (search:&nbsp; 3 Quarters Dead)</p>
Rating