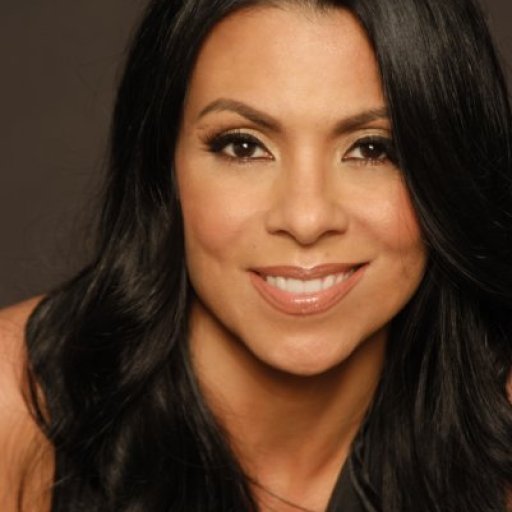 Love Is A Rock

Read Full Stats
Stats
Blogs: 2
images: 8
Products: 3
audio tracks: 4
Files: 4
PROFILE VIEWS: 33357
Contact   Joined March 04, 2008
Biography
<div><span style="border-collapse: collapse; font-size: 11px; line-height: 13px;"> <p style="font-family: verdana, arial,...
Read Full Biography
Biography
<div><span style="border-collapse: collapse; font-size: 11px; line-height: 13px;"> <p style="font-family: verdana, arial, sans-serif, helvetica; font-size: 8pt; color: #000000; font-weight: normal;"><span style="color: #ffffff;"><span style="color: #ccffcc;"><span style="color: #888888;">First and Foremost:<br /><br />I want to thank you for taking the time to listen to my music. Your continued love and support mean the world to me! If you're hearing me for the first time, welcome! I truly hope you enjoy what you hear, feel my passion and want to spread the word. Being able to share it with you only inspires me more!<br /><br />Peace and Blessings,<br />Aysha<br /><br /><br />BIO<br /><br />Recently nominated for Jazz Artist of the Year by the Los Angeles Music Awards, Aysha has a solid history as a performer. For the past eight years she has been building a strong solo career, and has just independently released her CD &ldquo;Love Is A Rock&rdquo;. With songs like &ldquo;Honey&rdquo; and &ldquo;Is This Just A Dream&rdquo;, Love Is A Rock has a very strong forecast.<br /><br />Before going solo, Aysha performed with the female group Girls In The Mix. &ldquo;Girls&rdquo; opened for such performers as Zapp w/Roger and WAR. Aysha went on to perform with Ronkat and the Funklectiks featuring Grammy Award nominated writer, Ron Spearman. Eight years ago, Aysha made the move to strike out on her own to pursue her solo career, performing in venues throughout the Los Angeles area. Among these local venues Aysha was invited and performed at the prestigious BB King&rsquo;s Blues Club.<br /><br />Aysha has developed a style that will soothe most any soul. Her velvety voice is sultry and smooth with a jazzy edge, and with influences such as Sade, Toni Braxton and Chante Moore, one can only imagine the vibe. Co-writing the majority of her songs, Aysha has been fortunate to work with some very successful producers and arrangers such as Monty Seward (Howard Hewett), Donald Tavi&eacute; (Lakeside, Norman Connors) and Kevin Dorsey (Michael Jackson), to name a few. One of Aysha&rsquo;s most current projects included on her CD is a remake of Atlantic Starr&rsquo;s &ldquo;Send For Me&rdquo; arranged by Donald Tavi&eacute;.<br /><br />In August 2006, Roc-Life Radio chose Aysha as one of the Top 20 Unsigned New Artists, which airs on Live365.com and in October 2006 she became the 1 Independent Artist on their station. Her songs &ldquo;Is This Just A Dream&rdquo; and &ldquo;Let Me Be The One&rdquo; now play in rotation on all of their play lists.<br /><br />Also in August 2006, Aysha was approached by radio host Skip &ldquo;The Funktologist&rdquo; of &ldquo;A Funk Above The Rest&rdquo;, which airs on Denver&rsquo;s KUVO 89.3 every Saturday night. He requested to play her song &ldquo;Honey&rdquo; which made its debut on his station September 10, 2006. He has now added three more of her songs, &ldquo;Is This Just A Dream&rdquo;, &ldquo;High&rdquo; and Send For Me&rdquo; to his play list and will be including &ldquo;Honey&rdquo; on an upcoming compilation disc &ldquo;The Best of A Funk Above The Rest&rdquo; which will have distribution in Europe as well as the US. In November, Aysha was asked to do a live radio interview with Skip, which generated a huge response from the listeners.<br /><br />From March 2008 to October 2008, Aysha has been featured in several Independent Artists magazines, which include U Magazine at www.kingsharkentertainment.com in the March 2008 issue, BIG The Magazine at www.bigthemagazine.com in the September 2008 issue and Nine5Four Magazine at www.nine5four.com in the October 2008 issue.<br /><br />Most recently in October 2008, Aysha acquired managerial and promotional services of Steve McCann. Mr. McCann has many years experience of managing artists as well as national promotions for radio, night club and personal appearances etc. His past clients include The Dazz Band, Pleasure, Kenny G, Marlon McClain, up and coming artist, Lilla D'Mone and many others. Along with Mr. McCann will be Skip Reeves from A Funk Above the Rest radio show on KUVO 89.3, doing Aysha's Internet promotion.<br /><br />Mr. McCann has brought in Marlon McClain who has produced such acts as Mint Condition, Pleasure, Terry Ellis (En Vogue), and many others. At present time he is managing Blackstreet with Teddy Riley and also working on his own solo project. Marlon McClain will be producing several new songs and updating some current songs bringing in key musicians to help contribute to the success of her 2nd CD release.<br /><br />Since teaming up with Steve McCann and Skip Reeves, Aysha is already getting airplay on radio stations across the nation. Some of those stations include KAZI in Austin, TX, WEXY in Ft. Lauderdale, FL, WUMR in Memphis, TN, KUVO in Denver, CO, KCOH in Houston, TX, WCLK in Atlanta, GA, KCLT in West Helena, AR, WVAS in Montgomery, AL and many others to follow.<br /><br />CD's are now available in Independent Records in the Denver and Colorado Springs area as well as coming soon to Angelo's Records &amp; More in Aurora, Thornton, Youngfield and Littleton, CO. They are also still available through CD Baby and iTunes.<br /><br />After the 1st of the year, Mr. McCann has planned live performances in the Denver Metro area.<br /><br />Aysha is rapidly growing a fan base in and outside of the US. It&rsquo;s only a matter of time before Aysha becomes an internationally known name!<br /><br />Please check back for updates on Aysha's performance dates as they will be posted on her calendar in the near future!<br /><br />***</span></span></span></p> </span></div><p><span style="color: #888888;"> &nbsp;Check out The Official Aysha Website: http://www.ayshamusic.com&nbsp;</span></p> <div><span style="color: #ccffff;"><br /></span></div> <div><div><br /> <a href="http://www.kingsharkentertainment.com/U%20Magazine.aspx" target="_blank"><img src="http://img134.imageshack.us/img134/9723/mybanner47f3cab89b109ox0.jpg" border="0" alt="" /></a></div></div>
Rating