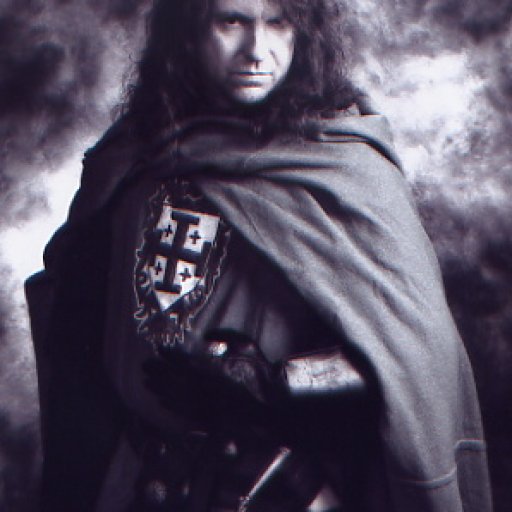 Eye Of The Needle

Song Lyrics
Eye Of The NeedleSidney Allen Johnson(ASCAP)Father Gene got his wayMade his church obscene todayHe chose who he'd obey and who he would betrayOh he loved his...
Read Full Song Lyrics

Eye Of The Needle

You see them on TV
Marketing their heresies
Purchase immortality, life's extended warranty
Living well selling sin
Indulgence feeds the beast within
Hunger without discipline, fed with tithes and offerings

Song Information
The Rev. V. Eugene Robinson and the Rev. Fred Phelps are immortalized in song as they and their televangelist counterparts are used as pawns in this...
Read Full Song Lyrics
Read Full Song Info

The Rev. V. Eugene Robinson and the Rev. Fred Phelps are immortalized in song as they and their televangelist counterparts are used as pawns in this acoustimetal study of Lucifer's influence over modern day Christendom. Coming to a church near you!! From the CD "The Great Apostasy: A Conspiracy Of Satanic Christianity." 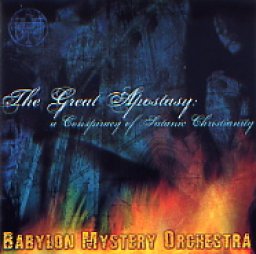 04/06/09 12:59:41PM @mark-reed:
This is brilliant in just about every way, the instrumentation just talks to you. The vocals are excellent. Guys you created yourselves one hell of a number. Really enjoyed this one. Very well done

DEFIANCE...It is the heart and soul of rock music.

Rock music has always stood against cultural and musical elitism. But what happens when rock music itself becomes the voice of the cultural elites? What happens when rock music sells itself out to one establishment's point of view, irrespective of the truth or it's consequences? Would not this merit a rebellion against rock music and it's elitist practitioners? Would not those who possess the true defiant heart of rock music stand in defiance against it! So it is that Babylon Mystery Orchestra stands in defiance of rock music itself.

From its inception Babylon Mystery Orchestra has defiantly presented its vision of the truth, the way a true artist should, without regard to the prevailing popular views of the time. The gothic hard rock/heavy metal artist thrives on challenging conventional thinking. Especially that of the rock music elites.

No man-made institution is sacred to Babylon Mystery Orchestra! Not America, portrayed as the Biblically doomed "Mystery Babylon the Great" on the debut CD "Divine Right Of Kings." Not the Christian church, a man-made institution rightly questioned on the critically acclaimed work "The Great Apostasy: A Conspiracy of Satanic Christianity."  The second CD, "On Earth As It Is In Heaven," even condemned rock music itself!

The controversy and political incorrectness reached its zenith with the  2008 release "Axis Of Evil" and 2010's "The Godless, The Godforsaken and the God Damned." BMO master-mind Sidney Allen Johnson turned his vision toward the triumvirate of treachery and wickedness that seeks to impose its freedom suppressing will over the entire world: Islam, Socialism and the Illuminati. The result was extreme criticism and extreme praise in about equal measure. Loved or hated but never ignored, you will develop an opinion for Babylon Mystery Orchestra.

With the latest release, 2012's "Poinium Cherem" Babylon Mystery Orchestra completes its mission and issues a final warning to a dying civilization...will you hear it?