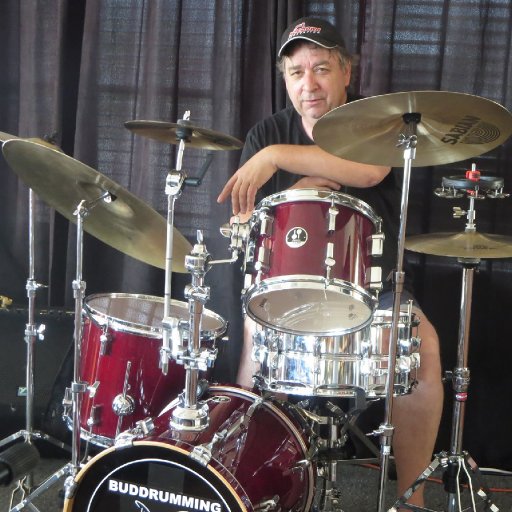 Alright all you Rock and Rollers; My new song, "Rock and Roll Influenza" is a tip of the hat to classic rock and the lyrics are a nod to 16 different artists and 24 different songs that have influenced the genre. Can you decipher them all? Private message me if you think you have them.  One hint, the line, "Not in my time" just refers to me and the chorus is not included. Good luck and I hope you enjoy the song. I look forward to hearing from you.

My Special thanks to Kevin Marcy (Buddrumming) for proving the drum track that propels this song. - Morris Avrashi 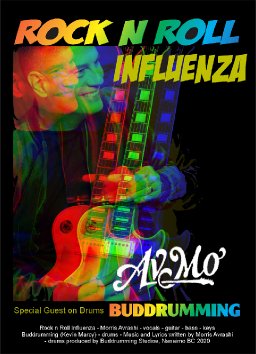 Two-time CCMA ...(Canada Country Music Awards) award-winner Entertainer's of the Year and Backup Band of the Year. Helped Kidd Country to 3 top 10 singles and awarded the band with Single of the Year and Performers of the Year by the Alberta Recording Industry artist Kevin (Bud) Marcy. Born in Grande Prairie Alberta, Bud has driven his 35 year career with his country, rock, blues influenced drum mastery. Bud toured with the likes of Buddy Knox and the Party Dolls for over 6 years. Touring with the Ventures, Bobby Vee, Bobby Curtola, Ozark Mountain DareDevils, Burnt River and many more great artists and groups.. Bud attended and graduated from Grant MacEwan Music College in Edmonton. Over 150 drummers started out on the music course and only 4 i think graduated the 2 year course. Bud has worked in Canadian and American groups such as The Houserockers (Nanaimo), Black Cat Bone with Micheal Patrick (Nanaimo), The Canadian Sweethearts, Lucille Starr, Bob Reagan, The Angel Triston Band, The Now, DMT Allstars and Hal Whitford, Southbound Freeway, 5 Star Band, Buffalo Country, Cariboo, Penny, Silver Mountain Band and Kidd Country. Bud has been on stage with Sergio Mendes, Hoyt Axton, Johnny Lee, David Sterling, Al Cherney,  Jackie Gleason to name a few...

Bud was signed with Peavy International and with Danny Makuras Talent Agency with D.M.T. Records for over 15 years. His personal manager was Danny Makurus of Danny Makurus Talent Agency Ltd. Bud worked with Ida Banks Talent Agency, Sam Feldman Agencies and Music Factor, Studio City Agency to name a few. Bud has worked in Sundown Recorders and with Gary MacDonald at Damen Sound Trek Studios in Edmonton, Electric Ladyland Studios in New York, Little Mountain Studios in Vancouver. Worked with some great musical producers over the years on projects were Gary Dere, Roger Monk, Gary MacDonald, R. Harlen Smith, Barry Allen just to name a few ....Please don't ask me to list all the musician friends I have worked with....Bud has produced  live charity TV musical shows at Shaw Cable in Nanaimo ( trust me this one, I had alot of help from my musical friends).......thanks to all of them.....you all know who u are..all the recordings over the years...can't even remember...lol..

MIXPOSURE rules for me...Dazed and all the Mixers on here that make all these beautiful original tunes possible on mixposure... awesome....I am enjoying studio drumming, audio production and sound engineering now...I sneak away play live once in awhile....well, it seems I am starting a new musical chapter in my book of my life now...Keep writing I say....always remember "the music is the drug".....Thx Bud