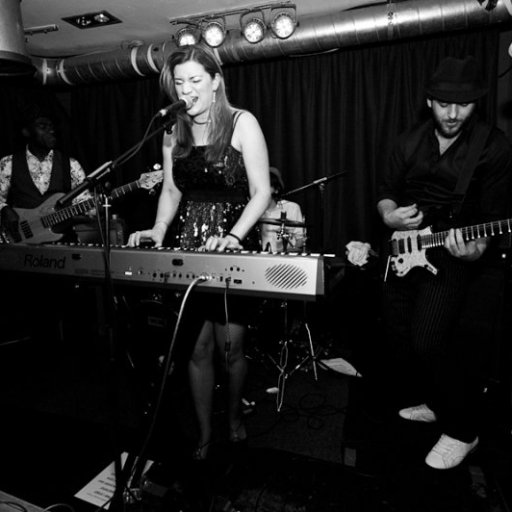 <br /><br />Just Giving - Leeds Festival Fringe Donation Page<br /><a rel="nofollow" href="http://www.justgiving.com/Lff2010" target="_blank"><span&gt;http://www.justgiving.com/</span>Lff2010</a><br /><br />Any amount is greatly appreciated and all donations go directly to Martin House's account.<br /><br />For more details on Leeds Festival Fringe events please see<br /><a rel="nofollow" href="http://www.leedsfestivalfringe.org/" target="_blank"><span&gt;http://www.leedsfestivalfr</span>inge.org/</a><br /><br />Look forward to seeing you on the 25th and thank you so much for your support!

<p></p><div class="blogSubject">An Evening with CCB @ The Elbow Rooms tomorrow night <br />Current mood:&nbsp;<img src="http://x.myspacecdn.com/images/blog/moods/iBrads/artistic.gif" alt="" />&nbsp;animated</div> <p>We are playing at The Elbow Rooms once a month as a House Band! Two 45 min sets for your enjoyment, while you take advantage of great value drinks and a brilliant atmosphere!</p><p>Play pool to CCB every third Saturday of the month here at The Elbow Room, Leeds

</p><p&gt;http://www.theelbowroom.co.uk/leeds/index.aspx<br /><br />First one is tomorrow night from 7:30pm! Saturday 19th September</p><p>Be great to see you there: entry is FREE!

<p>I appreciate that this is not strictly about music, but it is about someone close to my heart and who is in need of as much support as we can muster.</p><p>&nbsp;</p><p>My friend Helen is terminally ill and her husband is running the New York Marathon to support Marie Curie Nurses in enabling Helen to spend her days at home rather than a hospice.</p><p>&nbsp;</p><p>If you can spare anything for this extremely worthy cause my thanks goes out to you threefold

</p><p>&nbsp;</p><p>Thank you for reading, keep listening and thank you for letting me be a part of such a lovely music community xxx</p>

Good to be back and Sunday's Competition!!

Hi everyone on Mixposure!

Firstly sorry it has been so long since I last updated and said hi on the site- been busy recording and working with the band and getting through stages of a national competition!!

I hope all is well with you awesome music lovers, I have added my most recent recordings for your ears and opinions- both of which are hugely appreciated, and I hope you enjoy!!

To tell you a bit more about what Claire Cameron Band have been up to ...

Local Talent one step away from the Nationals!!

Claire Cameron Band from Leeds has now secured a place in the Live and Unsigned 2009 Area Final with just one good performance away from making the National finals. Previously battling through rounds of auditions and a regional live final, Claire Cameron Band are now one step closer to that all important recording contract and single release!

Live and Unsigned is the UK’s national music competition for unsigned acts to compete live. With over 10,000 registrations for the second year running, it is the biggest music talent search for original acts in the UK. Live and Unsigned’s popularity comes from its reputation for encouraging originality and the acts taking part are commended for doing their own thing; being individual, original and performing their own genre and style live!

Chris Grayston, Events Director of Live & Unsigned explains “This year’s standard has been higher than ever, we have seen some really serious acts that are demonstrating a real wealth of talent, experience and determination to crack the industry. The competition is really coming alive now and it is a real opportunity for the remaining acts to break through.”
One act who evidently has what it takes is local talent is Claire Cameron Band now competing for a place in the National finals, with the possibility of grabbing that break through recording contract and single release. The overall winner of the competition wins a Recording and management contract with Future Music with an investment of up to £20,000 to release their single including professional studio time, promotional campaigns and more. They will be thrust into the media spotlight through television, radio and the press and furthermore all winners will all be invited on the UK Live and Unsigned Tour.
If the band continue with their success, they could be crowned the UK's best Live and Unsigned act in front of a capacity crowd including many professionals, A&R and media associates from within the music industry. Music legend, Malcolm McLaren, is set to judge Live and Unsigned for 2009 along with a host of other music industry buffs and specialists. McLaren, former manager of the Sex Pistols and industry extraordinaire, will be judging the cream of the UK’s unsigned acts in a bid to discover the next biggest thing.
Kiddo360, a band from Wales, were the winners of Live and Unsigned 2008 and have since won the Vodafone award for best Live and Unsigned act alongside acts such as Kate Nash, The Ting Tings and Primal Scream held at Brixton Academy in London. This was in addition to mass media attention, a national tour and recording their single in professional studios, with an aim to top the charts in this year, since taking the Live and Unsigned title.

Dane Bowers, who anchored the R&B quartet Another Level and will be who will be judging again this year comments; “This industry is all about motivation and determination…if these acts can show they have the material, the talent and the push to make things happen – that is what we are looking for.”

Claire Cameron Band will be competing amongst other talented hopefuls at the Area Final show held at The Willows, on Sunday 3rd May 2009 Salford, Manchester, M5 5FQ. www.thewillowsonline.co.uk, for a place in the National Grand final! For tickets email Claire clairecameron.music@hotmail.co.uk and these will include transport if you are coming from Leeds!!! www.LiveandUnsigned.UK.com

Claire Cameron Band have been in the studio and the new songs are up on indiestore available for download now!!<br />We look forward to sharing more music with you soon

Thank you for the lovely song reviews

Good morning to the mixposure community!<br />I just want to say a big thank you for the welcome I have received on here and especially to my reviewers!&nbsp; There has been some incredible feedback and wonderful comments and I'm really touched that you have all taken the time to listen and respond to the tunes!<br />There are a couple more songs on the myspace, and if anyone is interested you can buy 'Captivated' 'No Illusions' and 'Amethyst' for a little token on<br />
<div class="icon"><img class="sprite sx_icons sx_friend_guy" src="http://static.ak.fbcdn.net/images/sprite_face.png?2:90382" alt="" /></div>
<div id="story_options_5251729052638780000" class="story_options"><a class="story_editor"><br /></a></div>
<span class="status_body"><a rel="nofollow" href="http://indiestore.7digital.com/clairecameronmusic/" target="_blank" onmousedown="UntrustedLink.bootstrap($(this), &quot;665442c7e79b7b46852dc1bd06339b76&quot;, event)"&gt;http://indiestore.7digital.com/clairecameronmusic/</a></span><br /><br />And I have to say I'm really impressed with the music I have heard so far- keep it up guys and thanks again for showing such a positive interest in mine

Posted in: Reviews | 6 comments
About