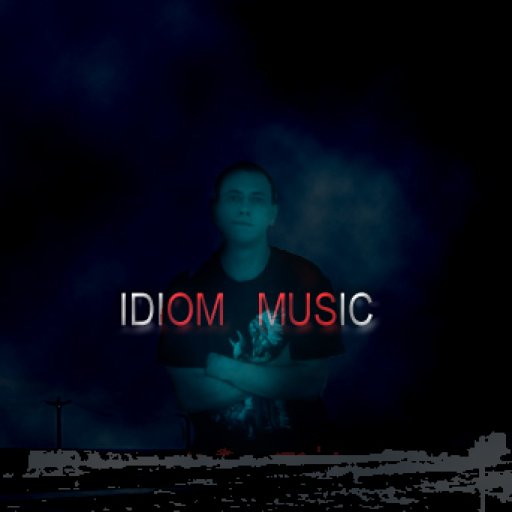 IDIOM » Blog
Bits and Pieces: 3
Musical Musings Of An IDIOM: 2
The Old Stuff From A Previous Life: 1
Why does Sunday have 120 seconds in a minute?: 1
New Releases: 2
Album and Music Updates: 1

Okay, would like the Mixposure gathering's opinion. Been working on album art, and have the first draft done, but since I generally suck at designing feedback would be greatly appreciated. This is only the front cover, by the way.<br /><br />Those in the know will also see a title change to the album, too.<br /><br /><br />

To Watch Her Leave and A Story To Tell album details

And so it is....<br /><br />New track, and last upload for a little while because I have to throw it all into finishing this album-which will be ready for January even if I have to become a hermit over Christmas lol.<br /><br /><strong>TO WATCH HER LEAVE</strong> is a scenario probably most of us guys have been in over our life spans. The woman you loved so deeply walks away, climbs into her car and all you can do is watch her disappear into the scenary.<br /><br /><strong>A STORY TO TELL<br /></strong>The album is 75% done, and while there is still an awful lot of work to do, it's looking mighty fine if I do say so myself. If you have downloaded any of the tracks on Mixposure you might notice a track number, this is not set as I've playing around with orders to find the most comfortable position for all the tracks so far.<br /><br />The album itself is a true story, hence the title, and all the tracks are drawn from one moment in my little history. It hasn't been easy, what with all the dragging up of memories both good and bad, trying to find sounds that suit the mood, but it HAS been fun to do.<br /><br />The release date is penciled for January and it's a goal I want to keep shooting for. <br /><br /><strong>UPDATE:</strong> 10/06/08<br /><em>Track listing is as follows, please note there may be a change or two before final relese.<br /></em><br />1. Home Leaving<br />2. Below A Stranger Sky<br />3. Lazy Day In Harvey<br />4. Night Trippin' Wichita<br />5. Little "D" <br />6. All Around Us Horizon<br />7&nbsp; The Betrayal and the Madness<br />8. To Watch Her Leave<br />9. Airport Windows<br />10. Farewell To New Beginnings<br /><br />Enjoy the new track (I hope), and as usual any comments, drinks or gifts are more than welcome lol.<br /><br />IDIOM<br /><br />

Below A Stranger Sky

Well I'm getting close to filling up my page lol. My new track is up, edited, re-edited, bashed against a wall and swore at until it gave in and submitted.<br /><br /><strong>Below A Stranger Sky</strong> is based on one night I sat on a porch seat and watched stars that I never saw back home. The moon had a different sheen away from the smog infested skies I had left behind. It was a beautiful moment, the air was crisp that late September evening and I can still taste the night air.<br /><br />Better stop there, starting to get all choked up lol. Anyway hope you enjoy it as much as I enjoy the memories. <br /><br />IDIOM

Hardware collection or software compilation-Music in the household

In my more than restless sleep last night my mind wandered to the construction of my first album; covers, CD labels, track orders, promotion, all the daily household chores of getting music in a single package for people to keep. Is it worth it?<br /><br />Of course it's worth making an album or two, but is it worth all the aggravation of having CD's printed/ burned when most your album, if not all of it will end up being converted into MP3 and jammed into a mini player in someone's pocket? <br /><br />Take an examination of the practical and non practical aspects of albums these days and I think we will find the answers. So here we have a CD collection. Let's say there are 500 CD's all catalogued and neatly arranged within a cabinet for easy locating. Now, while it looks impressive, and while it's a lovely focal point and great conversation starter: "Jeez, you got one hell of a collection!" I have a question: When it comes time for you to move..........<br /><br />You got a mini van for most of your stuff and a semi for the CD's. They're heavy, bulky in boxes and a damn nuisance to shift. Shoulda got yourself an MP3 player dude, cause the other side of the coin is a whole lot rosier.<br /><br />Same scenario, but you're showing a friend your collection on your PC. Album art decorates the folders and you have 30GB of pure beauty at your fingertips. Easy to carry around once in an MP3 player/iPOD and you don't have to wait to get home to listen to your favorite album. Then of course it comes time to move and really, there's nothing being transported that you didn't already have. Music files don't make your PC heavier.<br /><br />So as an artist and musician, what would you aim for? The practical side of album creation where the files could be stored easier without taking up any physical room in the apartment/house, or the eye candy album; a physical reach out and touch object that you have to find a place for inbetween your partners favorite trophy or figurine?<br /><br />I know which one I'd rather shoot for.

Posted in: Musical Musings Of An IDIOM | 9 comments

A Weekend Without Mixposure

Well, the girlfriend Justina wants some US time, and while that's cool, I don't wanna. I mean, come on, am I gonna get an extensive fix of cool music? Am I gonna find pleasure in creating something that I've labored over for weeks? Am I gonna talk to people with the same interests and aims? Er...ah...er...nope lol<br /><br />I will get all my meals cooked, a free flowing supply of drink, a days shopping in the city, pillow fights (don't ask!), movie, more food, more drink.<br /><br />Man it's a tough choice. Anyway, bag packed ready to shoot.<br />You all have a good weekend, take care of the cat and no fighting over the remote.<br /><br />See you all Sunday evening/Monday morning<img src="images/smilies/face-grin.png" border="0" alt="grin" title="grin" /><br /><br />IDIOM<br />(feeling homesick already)

Posted in: Bits and Pieces | 6 comments

Posted in: Bits and Pieces | 1 comments

You can go on vacation, have an hour to yourself or attempt to meet a deadline and time hits fast forward and you're battling against the clock, but why, oh why, on a Sunday when you think it's time for dinner it's only 2.30pm and you've had enough of the day already?<br /><br />Let's examine: <br />I've cleaned the apartment, done my washing, showered, made lunch, worked solidly on a track, been to the store to get some things, chatted to the woman in my life for probably an hour and a half and browsed Mixposure, and I crawled outta bed at 9.30. On a Saturday, or any other day of the week it would now be 1am and my day would have been full. <br /><br />Is there a Sunday Conspiracy Theory? Does the world revolve a little slower? Why is there never anything to watch on a Sunday in the UK except re-runs of the stuff that was on during the week? Is there really need for an Omnibus of the 500 soap operas we have here? <br /><br />I know Sunday is a day of rest, but that doesn't mean an extra 60 seconds into every minute so the minute hand doesn't have to move around the clock so fast!!<br /><br />Ahhhhhhh...always good to vent.<br /><br />Oh, by the way, birthday in October. I want a 1 TB pc with a 40 GB memory, 60 inch monitor and a home theater system for cool sound quality<img src="images/smilies/face-devil-grin.png" border="0" alt="devil" title="devil" />

Posted in: Why does Sunday have 120 seconds in a minute? | 3 comments

Posted in: The Old Stuff From A Previous Life | 0 comments
About

Read Full Stats
Stats
Playlists: 2
Blogs: 11
audio tracks: 5
PROFILE VIEWS: 19963
Contact   Joined September 24, 2008
Biography
<span style="text-decoration: underline;"><strong>IDIOM:<br /></strong></span><em>an expression whose meaning is not...
Read Full Biography
Biography
<span style="text-decoration: underline;"><strong>IDIOM:<br /></strong></span><em>an expression whose meaning is not predictable from the usual meanings of its constituent elements, as kick the bucket or </em><em>hang one's head, or from the general grammatical rules of a language, as </em><em>the table round for </em><em>the round table, and that is not a constituent of a larger expression of like characteristics.</em><br /><br />I started out years ago as a lyricist along with a musician friend, when he left the ship I made several attempts to carry on with the music, but lost interest to the point what was once an exciting hobby became a mundane experience.<br />Taking time away from music I needed to listen to something other than the rock-country ballads I had been involved in for ten years. This included a trip of six months to the perfectly flat state of Kansas where music inspiration began to roll back into the frustrated brain cells.<br />It was also in Kansas I began hearing of other forms of music such as Ambient which, until then, I had associated with drugged up hippies and Yoga fanatics. I was hooked.<br /><br />Borrowing a friends FL Studio six months ago the urge to create the sounds I had heard, plus the accumulative experience of life gained pushed me to make music again, and after sifting through the terrible to find the reasonable here are my efforts. The dreams of albums and fame; the hunt for glory and popularity that engulfed me all those years ago had been replaced by the one thing I had lost: Passion.<br /><br />Enjoy the music, feel free to disect as I take every comment as educatiion not critisism. <br /><br />If you would like to more either post me a private message or drop a line to <strong>idiommusic@gmx.com</strong>.<br /><br />Also don't forget to tread on down to the Ambient Genre Spotlight pages <span style="color: #ffff00;">HERE</span><br />
Rating