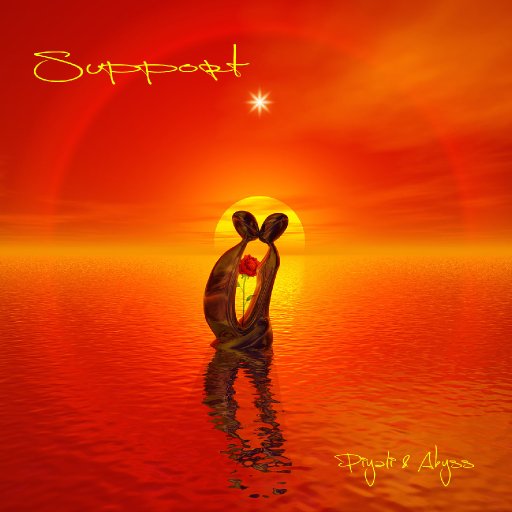 Song Information
It is with great joy and pleasure, I and my partner in music, Daryl Holden (a.k.a.  Daryl Abyss ), bring to you our single from our first album...
Read Full Song Lyrics
Read Full Song Info

It is with great joy and pleasure, I and my partner in music, Daryl Holden (a.k.a. Daryl Abyss), bring to you our single from our first album together, SUPPORT, which is a collection of songs conveying messages for the times of today, presenting a unique blend of music of different genres. 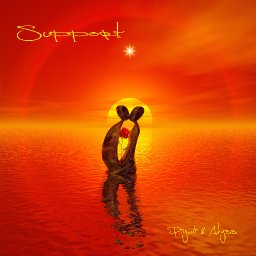 Read Full Stats
Stats
audio tracks: 3
PROFILE VIEWS: 5159
Contact   Joined December 19, 2015
Biography
Dear Friends,   It is with great joy and pleasure, that I (Piyali Ganguly), and my partner in music, Daryl Holden (a.k.a. Daryl Abyss), bring to you our...
Read Full Biography
Biography

It is with great joy and pleasure, that I (Piyali Ganguly), and my partner in music, Daryl Holden (a.k.a. Daryl Abyss), bring to you our very first album together, SUPPORT.

The album SUPPORT is a collection of songs conveying messages for the times of today, presenting a unique blend of music of different genres.

The beautiful artwork is kindly contributed by another dear very talented friend, Harald Dastis, to whom we are deeply grateful.

We hope you enjoy our album and purchase a copy for yourself or a loved one.

With gratitude, love and peace, we wish you a a most beautiful and safe Now.

A bit about ourselves, the artists of this beautiful album:

I wear many hats, the most important ones being: a mother, wife and singer/song writer. Until 2013 I had my own private wholistic practice, where I offered, Therapeutic Massage, Reflexology & Reiki.

My voice is trained in Indian classical music, under the guidance of my mother, Krishna Chakraborty, who is an exponent of Hindustani vocal classical music. She is a phenomenal artist in this genre in her own right. Few in India know about her...she is a hidden gem.

Between 1986 and 1988, I won first prizes (western music vocal) at various inter-college festivals in Kolkata (former Calcutta of British India), had concerts in various cities in India, and there were quite a few good articles and reviews published in Indian newspapers and magazines, regarding my voice and performances.

I enjoyed the process as this was my first exposure to singing in a studio and I learned much from this experience.

Between the years 1991 to 1997, that I spent in Japan, I was interviewed by Fuji Television, Tokyo and Saison TV, Tsukuba, Japan. Many interview based articles and reviews accolading my singing prowess and performance, appeared in various Japanese magazines and newspapers. I performed at Ibaraki Intl. Assn. 'Friendship' concerts in Tsukuba, Hitachi, Yokohama & Mito, Japan, at the charity concert held at the Gakuin University Hall, Tokyo, Japan. Also performed at Kuryian Hall and Ako Studio, Tokyo, Jpn. In 1994 & 1995, I was awarded Judges Special Prize at the Foreigners Singing Contest ( had to sing in Japanese), hosted by TV Tokyo, Japan, which was televised nationally. I also held a music workshop, for members of the Intl. Children's Bunko Assn., Tokyo, Japan.

1998 heralds the release of my first self composed debut album, "Unborn Star", in the USA, which was recorded, mixed and mastered at Studio Crash, Philadelphia, by the talented veteran jazz keybordist, the late Dave Falciani, who was my executive producer for this album. "Unborn Star", was judged and awarded as a finalist in the "Best Vocal Album of 1999" category by the magazine for independent artists, New Age Voice, and reached #2 for two consecutive months in the year 1999 in the NAV charts.

I also write poetry and my work has been chosen and published (audio and printed), by the National Library Of Poetry, MD, USA.

Today, I have found my voice again, after many years of negligence on my part, kind of gave up on it...but in the year 2010, I began to sing again tentatively, beginning with some online Karaoke singing to see if I had any voice left to sing or not after years of absence from singing.

Well, I found that I could still hold a note and then gradually the songs began to flow from me again...I am not a prolific writer, but when the words flow out I know it is special. I began to meet many online musicians, singer/song writers, composers, became good friends with some of them, and began collaborating with them. It was toward the end of last year that I met Daryl online and we clicked musically and the result is this album you are listening to: SUPPORT.

It has been my distinct honor and privilege to collaborate with the amazing musician/composer/producer, Daryl Holden (a.k.a. Daryl Abyss). The journey of making this album with him has been wonderfully experiential and I learned much from his 30 years experience in the music industry, with composing, music making, mixing/mastering and producing.

I enjoyed writing all the lyrics, finding the beautiful melody lines and singing all the songs to his exquisite music compositions.

I love my quiet surroundings in which I live today, with my books, my spiritual studies and applying them to the best of my ability, my songs and music, my lovely family and my friends.

My warmest greetings to you with many sincere thanks to all of you who so kindly show me your support, by taking the time to listen, leaving me a review, by purchasing a copy and by reaching out to me.

I was born into the music industry. My mother and father had a very successful band here in Australia. My father went on to be an entertainment promoter it was there I got a chance to work with some of the great artists of our time. During my teenage years, I played with a number of different bands in Australia and we won a lot of competitions. In my late 20s I opened my first studio and worked with many, many bands and famous artists like Venetta Fields of Pink Floyd Fame and during that time the studio won a number of music awards for the best alternative and best ambient music.

During the late 90s I moved to Canada and opened two successful studios there. My studio's clientele were suplling tracks for CMT and Much Music. My other studio concentrated on supplying music for film and television. I returned to Australia in 2002 where I now work on collaborating with other independent artists, as well as work on my own solo music projects for film and television.

It wasn't until late last year that I met Piyali online .. and knew right away we were destined to work together. Her lyrics complete my music.

I hope you like what we have created for your listening pleasure. Thank you for supporting us. Peace.