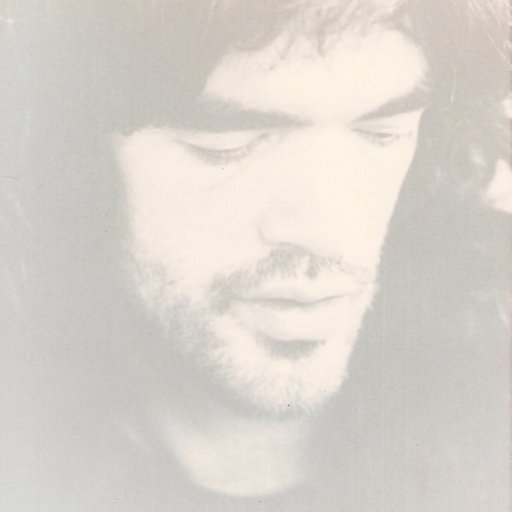 I often think about this guy I played for early on named Lee Collins. Although his name might actually have been Herman something. That's what the bass player called him. Herman. The bass player was called Brown because he looked like James Brown. Apparently they came up together down south but both ended up in Lansing Michigan.

I don't remember how I met Lee, but I know he got my little brother his first job as a fry cook at an Elias Brothers where Lee plowed snow. Lee also worked on transmissions in his driveway without a lift or anything - sometimes for money, sometimes as a favor. He was a strong man. A very sweet man too.

I remember there were a couple of rock guys I'd met who lived near me. We'd just moved to East Lansing Michigan from Morgantown West Virginia. Those guys were kind of persona non grata in other musical circles (as I discovered later) because they were stone cold junkies and were as completely unreliable and selfish as that often means.

So they played with Lee Collins at the Black Elks Club.

There was an Elks Club in Lansing Michigan. Pretty uptown digs. And then there was the Black Elks club. Which was actually a gutted out little white ranch house about a mile down the street from the White Elks. The Black Elks was not a prestige gig. But it was rowdy, friendly and sweaty - as I was to find out.

Lee led the house band every Friday and Saturday.

It was a sort of revolving chair between the two junkie rock guitar players. I imagine I met Lee when the both of them flaked out on him and gave him my name - probably thinking that would keep the chair open. I was pretty young. But Lee and I hit it off and he was tired of the junkies. So I stayed. And Lee taught me a lot.

On one occasion I was talking to Lee about the church music I dreaded growing up. I did not know at the time that he had done a lot of church singing himself. But his experience in Southern Black Baptist churches was diametrically opposed to mine in blue collar, mid-western staunchly European Catholic churches.

As I talked about how stiff and unmusical the church music I'd been exposed to seemed - he got kind of quiet. And Lee was one loquacious guy - so I knew he was concerned for some reason. He indicated that he had to take me to see something. I trusted Lee and I went.

We drove a bit. Parked on a kind of business street and went into this fairly nondescript brick building.

Inside, it wasn't anything like the cathedral-esque Catholic Church built by Monseigneur Selzer (I believe that was his name ... or maybe that was our clever permutation ... I don't remember) that I attended in Catholic grade school back in Mishawauka Indiana. But I did know a church service when I saw one, however humble the accommodations.

In front of a modest congregation there stood 10 or 12 people grouped to one side, obviously the choir. An old organ. And a couple of people standing to the front. Slightly apart from them stood a tall gaunt man that I understood to be the choir director.

Aside from myself there was not a white face in the room. And I'm pretty sure nobody but me noticed or cared.

The preacher started out and gradually worked into what has become to me a fairly familiar cadence. And after some build up and the emphatic evocation of one or two soul wrenching observations about the power of Jesus - he turned and indicated to the choir director to take over.

The organ hit a couple of chords and I was transfixed. First time I ever heard a Hammond through a Leslie. There is no other sound like that on this green earth.

But that was nothing.

The choir struck the most huge, most soulful, most soul stirring chord I had ever heard produced by human voices - let alone in the same room where I was standing.

And then the choir started rocking.

And then the congregation started rocking.

And then the soloists took it higher.

And then the preacher brought it home.

I had never in my life felt music like that before. I will never forget it.

That's how Lee Collins taught me what's at the heart of Blues, Soul, Jazz - and essentially every kind of American music.

It doesn't have to be religious. There are so many particular things it does not have to be. But, for me, music does have to come from the heart and it does have to express the soul. It's got to have some little bit of what I heard in that cramped, humid little room that day.

To me - Aretha Franklin obviously has it. But I hear the essence of it in Buck Owens too. It's entirely separate from style or even culture. It's an expression of humanity through sound.

That day in church with Lee Collins was a formative moment for me.

So, if nothing else, I try to get a little bit of that - human heart and soul - into whatever thing I do that I intend to call music.

We eventually fell out. Probably my fault. I wish I knew whatever happened to Lee Collins though.

At some point I became aware that Mix provides these blog spaces and, every once in a while, I'll come over here to look at the vast emptiness. After doing that for a bit I thought to myself 'what the heck self - why not fill some of that space?'

And so I have resolved to do that very thing. To the breathless anticiption of no one in particular. That's kind of a lie. Toni, who is well known to Mixers, has encouraged me to throw some words out here. Toni's basic niceness is unbounded.

It seems appropriate to make this first installment an introduction of sorts (hello void. I am me) and possibly provide a little background on my motivations to do music, since music is why most of us are here. Granted, a couple of us might have taken a wrong turn at Mixopedia.

My first exposure to music was the Lawrence Welk show. And honestly I hated that show.

I was a little intrigued by the Lennon Sisters and those harmonies. But otherwise - it was a non-starter. My family listened to that show religiously ... every week. I'm pretty sure it was my father's idea of high culture. If that was right - I really, really wanted to be wrong.

There was also the Aunt Mildred choir in Catholic church at St Joe's. Latin masses. Highly starched, quasi-tonal, Germanic vocal interludes. I understood implicitly that this was another form of penance demanded by God.

And to my understanding coming up - that was music.

But my Mom had this old gray plastic tube radio. AM only. That's all there was at the time. And she'd just let that thing run most of the day. At some point, when she'd switched channels to find some talk show and then walked off, I heard a different kind of music come on.

It was The Beatles. Ticket To Ride I think. And that floored me. The guitar riff and John Lennon's voice!! My entire life concept of 'cool' was defined and written in stone right there in the space of under three minutes. Followed by a commercial. I had no idea until that very moment that music could have any value for me whatsoever.

So I started appropriating that old radio at night. I'd pull the covers up over my head in a sort of pup tent like formation. In that suffocating pocket with only the light from the radio dial I'd sit - hour after hour - waiting for a Beatles replay. Which, of course, happened with some regularity.

Then something else happened. The Rolling Stones. And I know for a fact it was Time Is On My Side. I was hooked. It was the very first time the thought ever crossed my mind that this was something I wanted to do. Or possibly could do.

I listened to that old radio so much without proper ventilation that the top literally began to melt. Before I was through with it that old radio sagged like a wet hammock.

And the radio gave me Motown. Wilson Pickett. James Brown. Aretha!!! Damn. Everything that Lawrence Welk WASN'T ... this music was.

It was a few years before I got the courage to try anything like it myself. And I have no idea how I convinced my parents to buy the guitar. It was my entire Christmas - I believe 7th grade.

But I've never really put the guitar down since then.

The end. (until it starts again)

Posted in: Bramer Bloggings | 2 comments
About