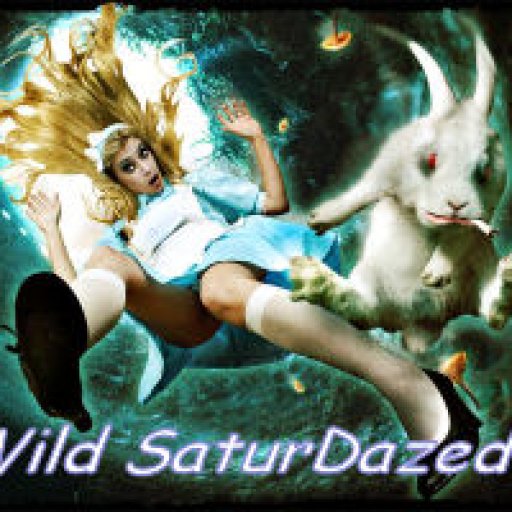 @wild-saturdazed • 4 years ago • comments: 5
Created a new Audio File:
Left me for Dead

@wild-saturdazed • 7 years ago • comments: 3
Created a new Audio File:
Always Be a Killer

@wild-saturdazed • 7 years ago • comments: 5
Created a new Audio File:
Voice in the Distance

@wild-saturdazed • 7 years ago • comments: 12
Posted a new Comment on I Won't Lie I need a Drink:

"What a great tune and helluva way to kick off your first collab on the mix! Love the vocal and the playing on this.. sound is amazing!"

Read Full Stats
Stats
Blogs: 3
audio tracks: 12
PROFILE VIEWS: 31175
Contact   Joined May 14, 2009
Biography
Saturated Saturated born in California on beach.  Saturated has been performing in bands since he could remember. Although convinced he should be diagnosed...
Read Full Biography
Biography

Saturated born in California on beach.  Saturated has been performing in bands since he could remember. Although convinced he should be diagnosed as a paranoid schizophrenic after insisting drunk clowns were chasing him in a cement truck for years he now believes it was all a bad dream.

Shortly after Satutated was promptly arrested after an incident with whiskey and baseball bats Although he was cleared of all charges he wrote a song about it and it won him instant fame in the rock genre.

He can sometimes be seen pretending to be Edward Scissorhands on days off. Saturated has recently built a mini brewery in California where it is rumored he accidently poisoned himself with a bad batch he is still trying to make the perfect beer.

Dazed - Born in Minnesota and thawed out around 2000. He was raised in a Musical family but was barred from family Christmas parties after throwing snowballs at his relatives for singing holiday songs off key.

Dazed discovered he could write songs after his pet goldfish died. This lead him to write fan favorite songs, "The Toilet Swirl of Life" and "A Flush Beats A Straight Burial".

Wildcherry born overseas and woke up one morning to find herself living in the hottest place on the planet. She hooked up with dazed who convinced her 120 in the shade is much cooler.  Wildcherry finally rose from obscurity when found a home at Mixposure as a professional scapegoat and idiot savant. Sometimes said to be "the luckiest girl to ever pretend to play an instrument", Wildcherry can often be heard striking sour notes and blowing cues during practice sessions.

The band discovered her bass playing after when due to years of living in 150 degree heat and inhaling Coppertone, She suffered a minor heat stroke and after watching crossroads she was convinced she could take on the devil.  Nobody had the heart to tell her Steve Vai was not playing a bass.

Recently wildcherry has recovered and acclimated to the Texas heat. She says she's beat the devil, talks to geckos and believes she is living somewhere in the artic.

BuddRumming
Born in the back hills of Tennessee to his uncle's sister and sold on the black market for a pair of shoes, Bud was smuggled north to Canada, Nanaimo, British Columbia soon after. When at the age of 15 he was assessed by his high school marching band as "musically challenged" he decided to become a drummer.

He was purchased by Wild Saturdazed on Mixposure as a Drummer in a box for 3 easy payments of $99 where from he was ejected on numerous occasions for smiling and having a healthy complexion. When voted "most underpaid rock-star of 1999" by "TEEN MAGAZINE" he was quoted as saying "just wanna play those drums."
More to come..............