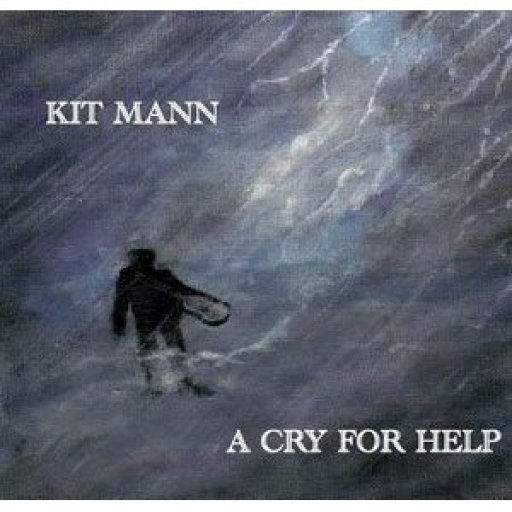 Hey Everyone.  No More Color is a song that mean so much to me.  What if everyone could not see color like a blind person. Not just black and white-No color at all....Would the world be a better place.  Gene played the song on his show last week and the volume level was real low.  Tonight I asked Abysss if he could re master it for me.  He ran the song through so much stuff, I have no idea what any of it is.  But for me It came out perfect.  Daryl Thank you ever so much.  And like always I just hope one person enjoys the song and the new mastering.    Kit

Hey Everyone I have loaded up again a song called Open Waters Blues  kit Mann ft. Harry Edgar.  As many of you know Beth my neighbor has sang on many of my songs.  Well her Father Doc Greene lives next door.  Doc loves to sail.  And overtime he was trapped between the two loves of sailing and his wife.  Doc ended up selling his boat. Sad Day.....  I wanted to do something special for Doc so I wrote this song.  A song of a sailor who misses his wife so much.  Here love for him keeps his sail full on his journey home.  When Harry and I recorded this song, Harry was doing the back ground vocals.  And it sounded so smooth.  I thought then that since this song is about love and the sea, that having Harry sing and me sing the back up vocals, wish his scotlish accent this would really make the song special for Doc.  Once done I burned a copy of the song and gave it to Doc and Donna.  They both love the song.  Hope you enjoy this song.  Thank you all

Brand New Song, and Why this song:   I KNOW   (Kit Mann, Ft David C Deal) .  Hey Everybody this is my first blog, hope I don't mess it up.  I was advised I should post a blog about my new song  I KNOW (Kit Mann, Ft David C. Deal), so I am going to try and explain why this song.   I was a Soldier, Police Officer/Deputy Sheriff, an EMT on three Voluntary Ambulance Services.  For So man years, I missed so much.  I was so focused in doing the job and doing it the right way. So when someone was at the worst moment of their life, They could look up, see me and know they were safe.  Because of this dedication my family suffered, A Lot!!!  Besides my regular duties I was also on the SICOG Drug Task Force.  Breaking it down, I missed so so so much of the ups and downs of raising a family with two son's Chris and Mike Mann.  I did however coached baseball, taught classes at the schools, Boy Scout Leader, but again in many ways this also took away from my boys. I have been writing music since I was 16 years old.  After I became disabled (V.A. had to remove my sternum)  I really got into focusing on recording my music.  I have released my first CD  A CRY FOR HELP, and I have 14 songs now recorded for my next CD  Guitar Mann, when ever that gets done

I Know is a song I had wrote for my two son's.  I couldn't write lyrics about shootings, crime and ect., so I wrote the song from the point of a traveling salesman.   BUT!!!!  All of a sudden I woke up one day and my left hand, the fingers were numb.  I went to the V.A. and they found I had extream damage to the C5-C6 Vetebre in my neck.  I could no longer play guitar.  I couldn't feel the strings, I couldn't get my fingers to do what I wanted them to do either, so I stopped!!  For over a year I didn't sing, because I couldn't play.  I always had a guitar by me at all times, and all I could do was look at it.   Then one day listening to mix radio in the chat room I had a conversation with David C. Deal.  I explained to him that I had a song and i just sent him the lyrics for the Chorus.  His said this is great it wil really bring tears to the chat room.  Now David knew about my hand problem and I told him I would practice and see if I can get the chords played right.  I worked and worked and worked.  I was having serious problems getting the chords picked correctly, and I didn't want to change the chords to cowboy chords.  I finally got a rough recording done of the song and sent it to Doc Deal. He loved it and couldn't wait to get working on it.  I took a while but I did record a faily clean guitar track, sent to Doc and he did his magic...Wow.  Then I recorded the lyrics.  I know i have a growl in my voice but singing the lyrics almost brought me to tears.  I didn't know if Doc Deal could work with the lyrics but again he worked hard on it and we had a guitar track and a vocal track.  Doc Deal then took the song and put together some of the finest keyboard work I have listened to.  At the first note of his at the start of the song before my guitar comes in, I had chills just wondering what was ahead.  Then I cried, and I cried.  Sorry about all the crying but thats what I did.  Doc David C. Deal with his playing, mixing mastering, took a song that meant so much to me and made it happen.  With out Doc Deal this song would still just be words on paper.  Well I hope I didn't screw this up too much.  I am going to attach the link to the song.  I have a motto for my music;  If I can touch one person with one song then my job is done, and I'm happy.  Then I try and do it again.  In this case, with this song I just want to touch two people my son's Chris and Mike... I love  you both so much.   I hope you enjoy the song.

Posted in: Song Introduction | 2 comments
About

Read Full Stats
Stats
Playlists: 1
Blogs: 6
images: 17
audio tracks: 22
PROFILE VIEWS: 50967
Contact   Joined September 29, 2013
Biography
I am a former Police Officer, Sheriff's Deputy, EMT and Soldier.  I learned everything I could so when someone was at the worst moment of ther life, they...
Read Full Biography
Biography